Back in 1994, Mr. Serge Parent broaches the idea of a parade to welcome Santa in Aylmer. With the hep of Mrs Donna Lee Graham a first parade is held on a Saturday afternoon, on Principale Street.

Volunteer work, community support and successful annual events contributed to the decision of the new City of Gatineau to award Santa’s parade to Aylmer.

In 2003, Mrs Pascale Beaudoin, accepts to manage the parade and it grows by leaps and bonds. More lights, more entries, more music, more notoriety and more spectators. Pascale is helped by a dynamic team.

In 2018, after being involved in the Parade for 15 years, Mme Pascale Beaudoin leaves to organisation to make room for new volunteers.

Birth of the Christmas Market

In 2014, to celebrate the 20th anniversary of the Parade and continue the fun over a weekend, the comitee organises an authentic Christmas market and offers more animation in the Carré patrimonial (Heritage Square). In 2015, a new name and a new image for the event is revealed.

Year after year the organisers recruit students for surrounding high schools and colleges in order to involve them in volunteer work. Each year, 50 to 70 high school students, 150 students from college programs, photographers, communication, police, marketing, event management join the regular volunteer team to learn and help with the event. A lot of the floats are also created and manned by volunteers. 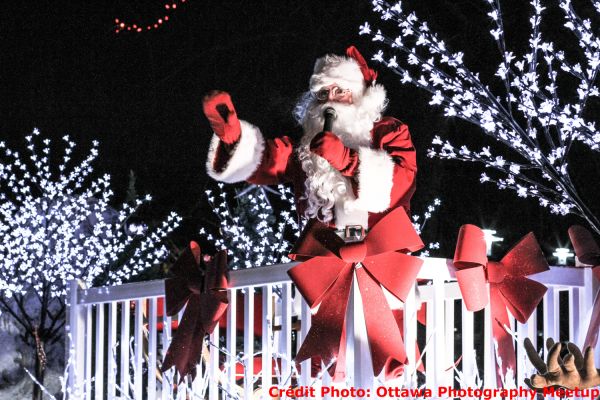 To be part of the parade